Ways to consensus: the same outcome supported for different reasons

This by far the least interesting of the ways of reaching consensus that I have discovered. It doesn’t involve different groups exploring each other’s needs and values and thereby finding common ground. It is much more a matter of chance, and the agreement generated feels much less stable. But I think it’s worth describing it, if only for sake of completeness.

The first example comes from the 1970s and the issue was population and the need for birth control programmes. In 1972, a book called The Limits to Growth had raised the possibility of global collapse, because the population explosion could outstrip the growth in resources. This argument had first been made as far back as 1798 by Thomas Malthus, a British priest and economist. It is therefore not surprising that one of the groups were the neo-Malthusians. The other group were the feminists. They supported birth control for a different reason, because it reduces the number of unintended pregnancies and the need for abortion. 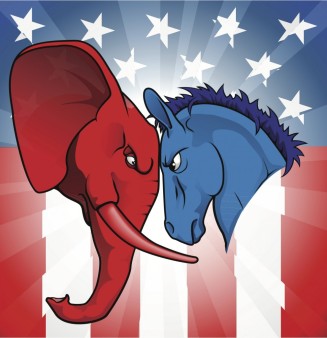 Here are two cases where Democrats and Republicans in America were able to agree on policies. In 2008, housing legislation was passed to help thousands of borrowers who were in financial difficulties to hold on to their homes. Some legislators supported this to help the homeowners: others did it to support the lenders.

In 2011, both parties agreed that some farm subsidies should be ended. Conservatives had come to see them as distortions of the free market, while liberals saw them as promoting overproduction that was environmentally damaging.

Something to look out for…